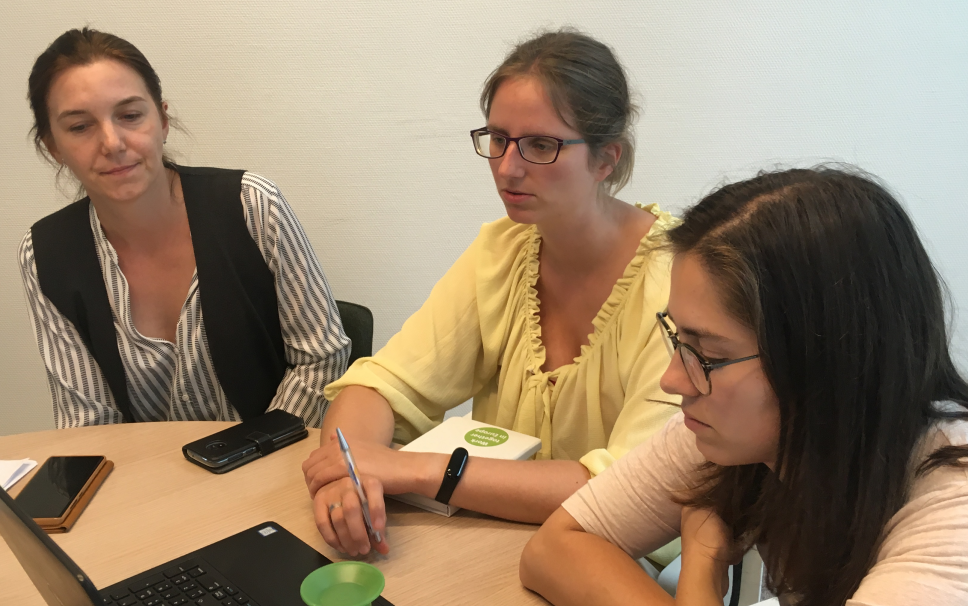 The participants of the EJWP also work together on assignments submitted by their employers. The participants learn a lot themselves, but the organizations where they work also benefit from their participation. Through “their” EJWP staff, they increase their international networks and they can submit an issue that a think tank of EJWP people will tackle. Mathilde de Jongh, EJWP participant from the Delfland Water Board, talks about the project she is carrying out together with EJW people from Wales, Belgium and Slovakia. The question is: how do different regions in Europe see the future of their water system? Knowledge and inspiration from other countries is welcome now that climate change is creating challenges in the water system.

The first EJWP group started in June. Eight participants from five European countries go through a two-year program together. The programme consists of eight training weeks. In between the training weeks, the participants work a number of hours per week on an assignment from one of the participating organizations, their employers.

The first assignment that the EJWP group carried out came from Water Innovation Europe. This Brussels organization wanted to know how things were going with the human capital strategies in the European countries. Mathilde: “We have conducted literature research per country on the existing human capital policy. Subsequently, all members of Water Europe were asked to complete a questionnaire about this policy in their own organization. We eventually wrote a chapter in two. I did that about education.” Durk Krol, director of Water Europe reacted after the Project Presentation on the result: “The result is intesting. I am looking forward to the full report to engage other key stakeholders at the European and other levels to put implace the right drivers to create a water smart society.”

The water system of the future

In the second term the group is split into two groups of four. EJWP-er Mathilde de Jongh, water chain adviser at Delfland, is working on her project with Rhys Hellin (Wales), Hedviga Horvathova (Slovakia) and Ingrid Keupers (Belgium). Mathilde: “We are going to investigate how different regions in Europe view their future water system. We would like to know this at Delfland, because climate change presents us with many challenges. For example, how do we take care of the increasing number of showers, but also of the dry summers that increasingly prevent us from having too much and not too little water? We also discharge a lot of fresh water into the sea. Could it not be otherwise? An international perspective is interesting to gain new insights. ” The Second project this term is provided by Waterfootprint Implementation. It has something to do with the waterfootprint of wine….Both Projects will be presented in Brescia, Italy in December.

We are looking forward to the results.

From Idea to Training to Blueprint: 2023 ‘Year of Skills’ Becomes Reality for SPIRE SAIS project

EJWP Lombardia, Italy, Kicking Off – with Workshops – in Week of 23 Jan.