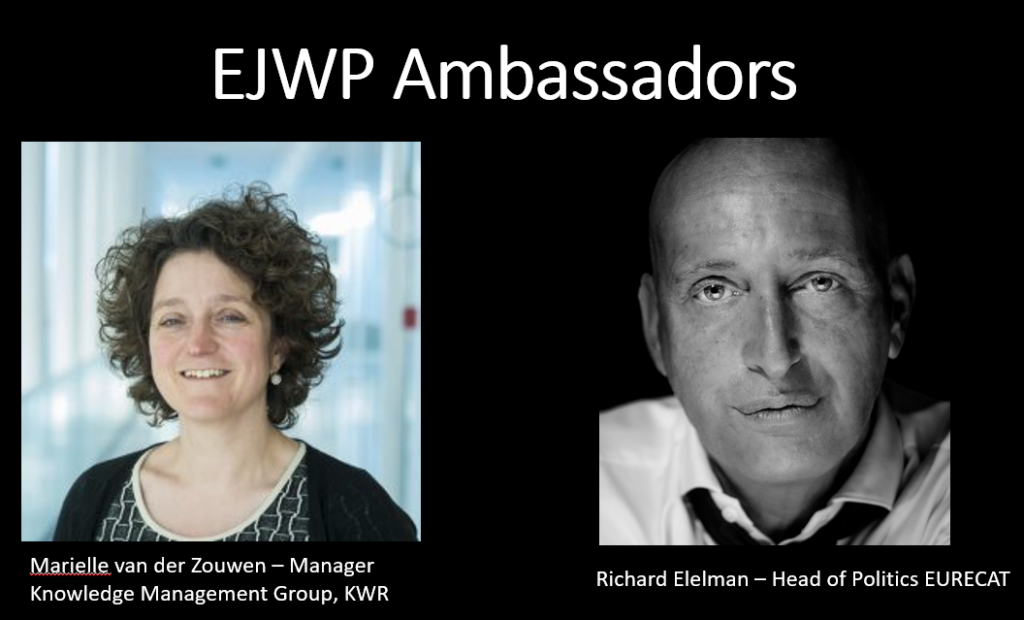 During WIE Human Capital Working Group meeting, EJWP was happy to announce it’s first two Ambassdors: Mariëlle van der Zouwen and Richard Elelman. They are both working for research institutes, Mariëlle as knowledge manager at the Dutch KWR and Richard as head of politics at the Catalunyan EURECAT, and they are both supporters of the need to attract more youth to the water sector and to nurture true passion for the subject in early career professionals. Working in the water sector shouldn’t be just a job, it should be a calling, said Richard. Mariëlle is convinced that being an Ambassador for early career professionals doesn’t mean taking on only a one way mentorship role but that generations have much to learn from each other through open communication.

The Ambassadors appointment is the result of one of the latest projects the EJWP participants had to work on, the European Water Stars. The EWS is an initiative begun a couple of years ago which aimed to raise awareness on water issues at youth and citizen level. After a year-long quest for public figures who can fulfill this role, three Water Stars were selected. You can find out who and what they have to say over here: https://www.youtube.com/watch?v=o5dIhj9PTrU&t=1s

Via the EJWP team project, the EWS Initiative received a new structure and will now be falling completely under the umbrella of EJWP but it’s mission to raise awareness about the importance of water remains the same.

If you wish to join us in this mission, please get in contact at ntimmer@juniorwaterprogramme.eu.

From Idea to Training to Blueprint: 2023 ‘Year of Skills’ Becomes Reality for SPIRE SAIS project

EJWP Lombardia, Italy, Kicking Off – with Workshops – in Week of 23 Jan.