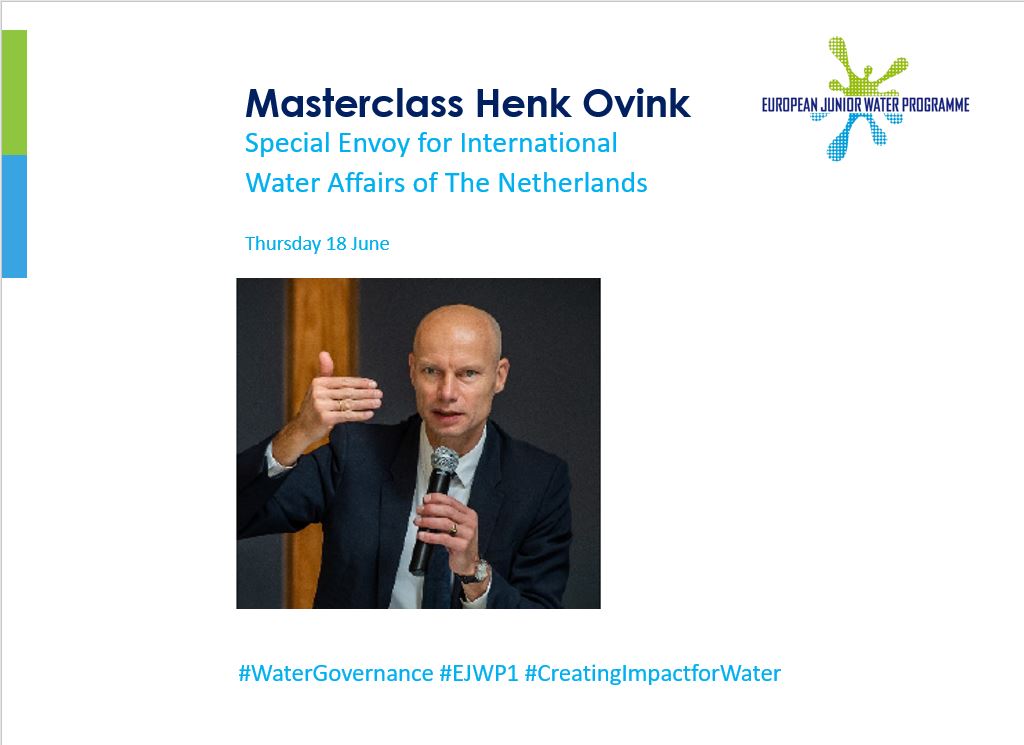 The participants of EJWP1 will meet with Special Envoy for International Water Affairs of The Netherlands, Henk Ovink.

Henk Ovink was appointed in 2015 by the Cabinet of the Netherlands as the first Special Envoy for International Water Affairs. As the Ambassador for Water, he is responsible for advocating water awareness around the world, focusing on building institutional capacity and coalitions among governments, multilateral organizations, private sector and NGO’s to address the world’s stressing needs on water and help initiate transformative interventions.

Henk Ovink is also Sherpa to the High Level Panel on Water, installed by UN Secretary General Ban Ki Moon and President of the World Bank Jim Kim with 11 Heads of State / Heads of Government including Prime Minister Rutte from the Netherlands to catalyze change in water awareness and implementation.

Furthermore, Henk Ovink is Principal for Rebuild by Design, the resilience innovation competition he developed and led for President Obama’s Hurricane Sandy Rebuilding Task Force.
In January 2018 Henk Ovink was awarded for his ‘global water work’ an honorary membership of the Royal Instítute of Engineers of the Netherlands.

Henk Ovink teaches at the University of Groningen, the London School of Economics and at Harvard GSD. His last book “Too Big. Rebuild by Design: A Transformative Approach to Climate Change” explores the recovery work post Hurricane Sandy as an opportunity to learn from.

We will discuss with him the Goals and Priorities of Water Governance and how we can contribute to his work.